Travels to the Mendocino Coast

California is a beautiful state.  Every time I visit this state, I marvel at its diversity and loveliness.  If you travel away from the large cities, you can find breathtaking, rural landscapes.  We generally drive up I-5 when we go North in February but this year, we drove I-395 to Reno; I-80 to Sacramento; I-5 to Williams and I-20 to the Coast with stops along the way.

This year there was almost no snow in California but in February, the snow did start to fall in the Sierras so Doug planned to meet his brother Casey for a short ski vacation at Mammoth Mountain Ski Resort.  Casey lives in Hawaii and Doug lives in Alaska, so they like to take advantage of every chance they have to see each other.  Casey was in L.A. at the time the snow fell, so both brothers hopped in their cars, one in LA and one in Arizona, and met on the mountain top.  Of course I went too.  This change of plans was great for the experience we had but no so great for the visits we missed.  We always stop and visit my high school friend Shari in Stockton and Marilee in San Francisco but this year we were not able to see them. 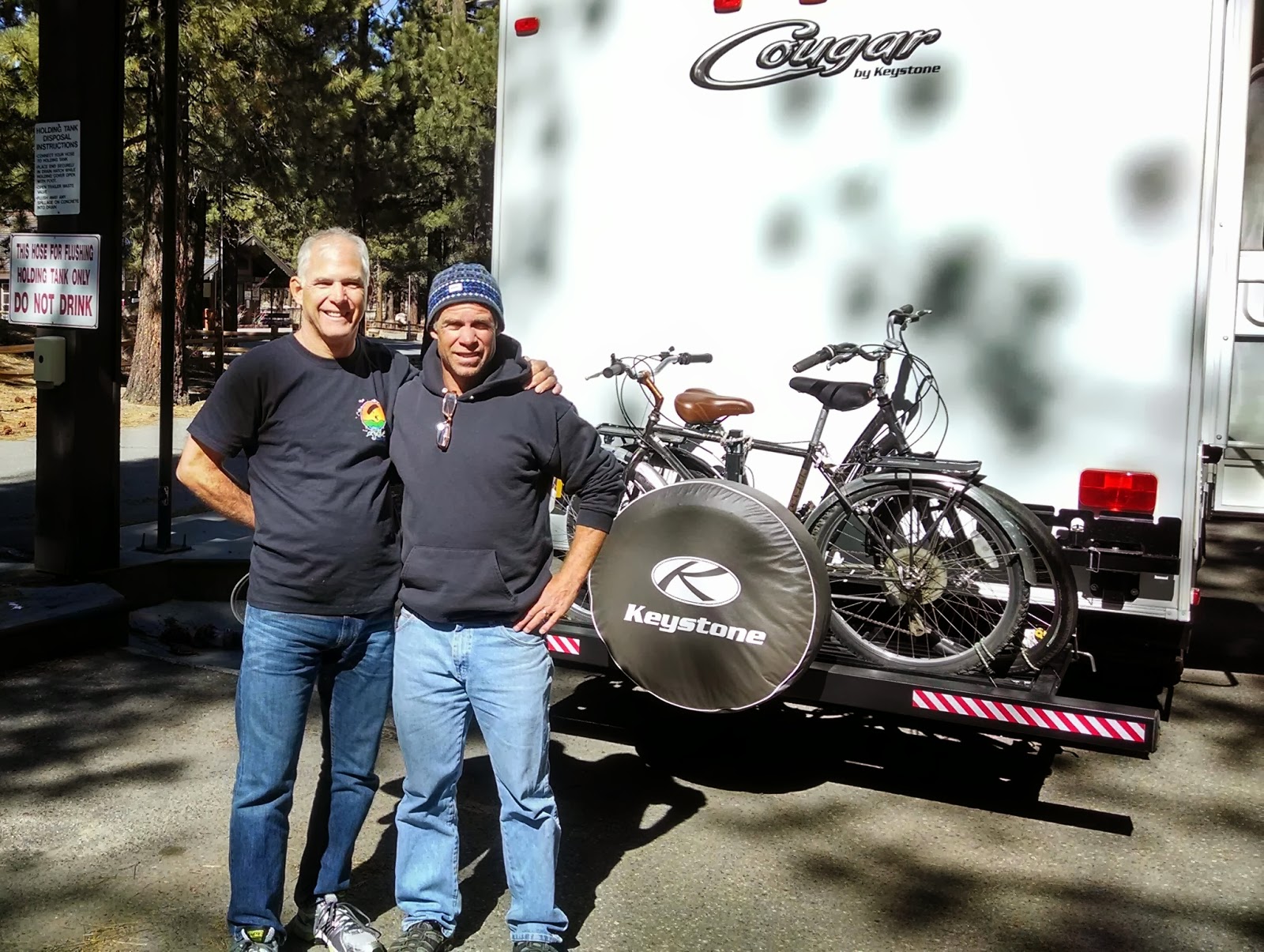 After a day of skiing with Casey, we left Mammoth and drove to Reno where we spent the night at the Grand Sierra Casino RV Park.  The Grand Sierra Casino was just on the other side of the park so we wandered over there and played a few games.  The following day, we were off to Sacramento and points West.  We arrived in Sacramento early in the afternoon.  My college roommate Audrey lives in Sacramento and we stop here every year too for a meal at BJ's Restaurant and Brewhouse and a visit.  Usually Debbie joins us.  The three of us went to the University of Hawaii in Hilo.  I was only there for a year but Audrey and Debbie both graduated from there.  They still live close to each other and are best friends. 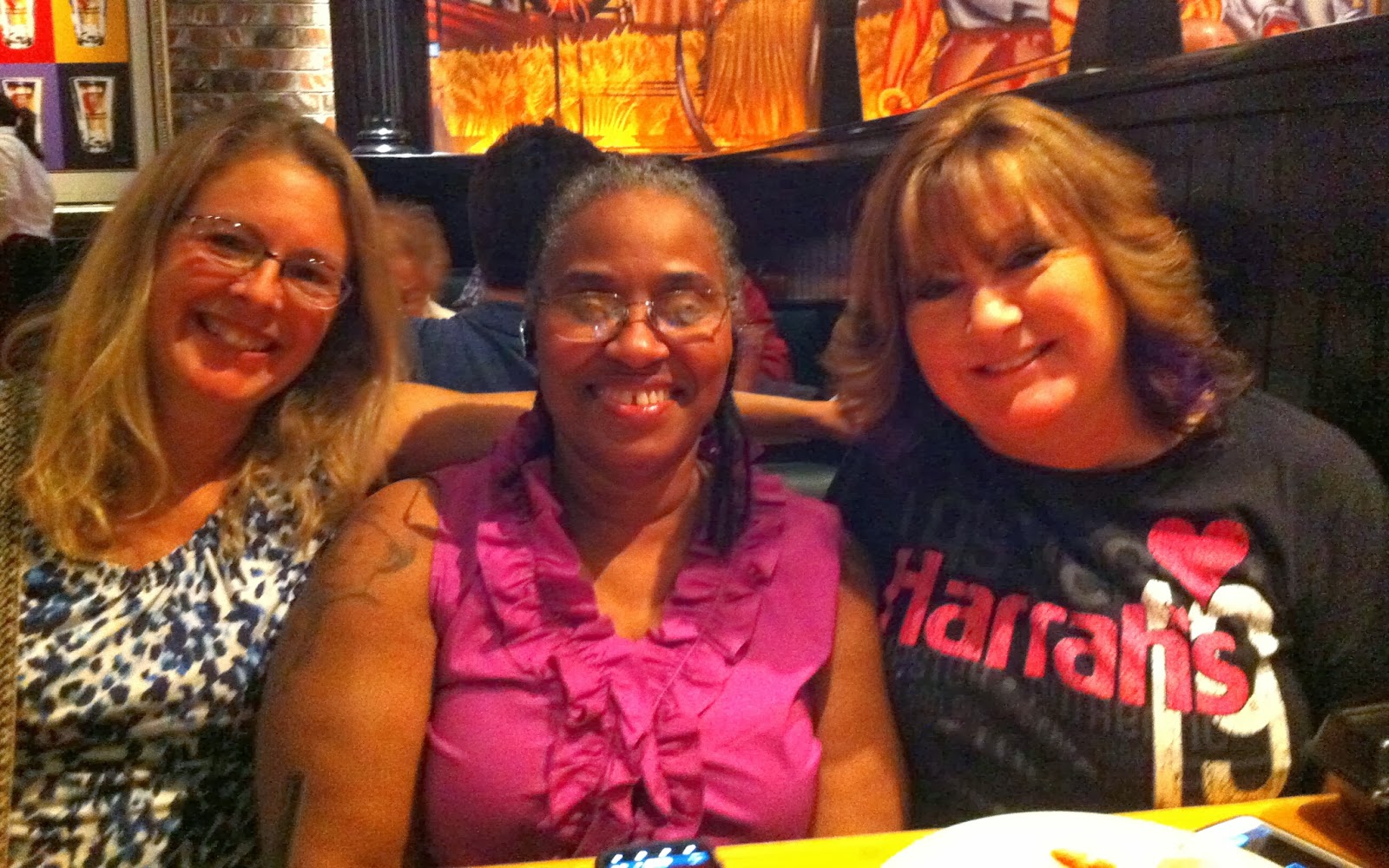 After our meal together, Doug and I got back on the road and continued our drive to the coast.  We stopped in a rest area outside of Williams and slept for awhile.  We were up early and on I-20 to Fort Bragg.  We arrived in Fort Bragg in the early afternoon.  It had been sunny the entire drive but when we got to Fort Bragg, there was dense fog.  About an hour later, it was sunny.  It remained sunny and warm for the rest of our stay.

Fort Bragg is a small town in Mendocino County.  It is built on the site of the Noyo Native community.  It started as a logging town, and when the redwoods were gone, most of the people left too, all but the fishermen.  Now it is a fishing town.  My dad's boat, The Southeast was built here.  My dad lived here and worked with a boat builder to finish the boat in the mid '80's.  This is also the home of a former Petersburg boat, The Shirley.  We saw it tied to the dock when we were wandering around the boat harbor.


The boat harbor and cannery at the mouth of the Noyo River. 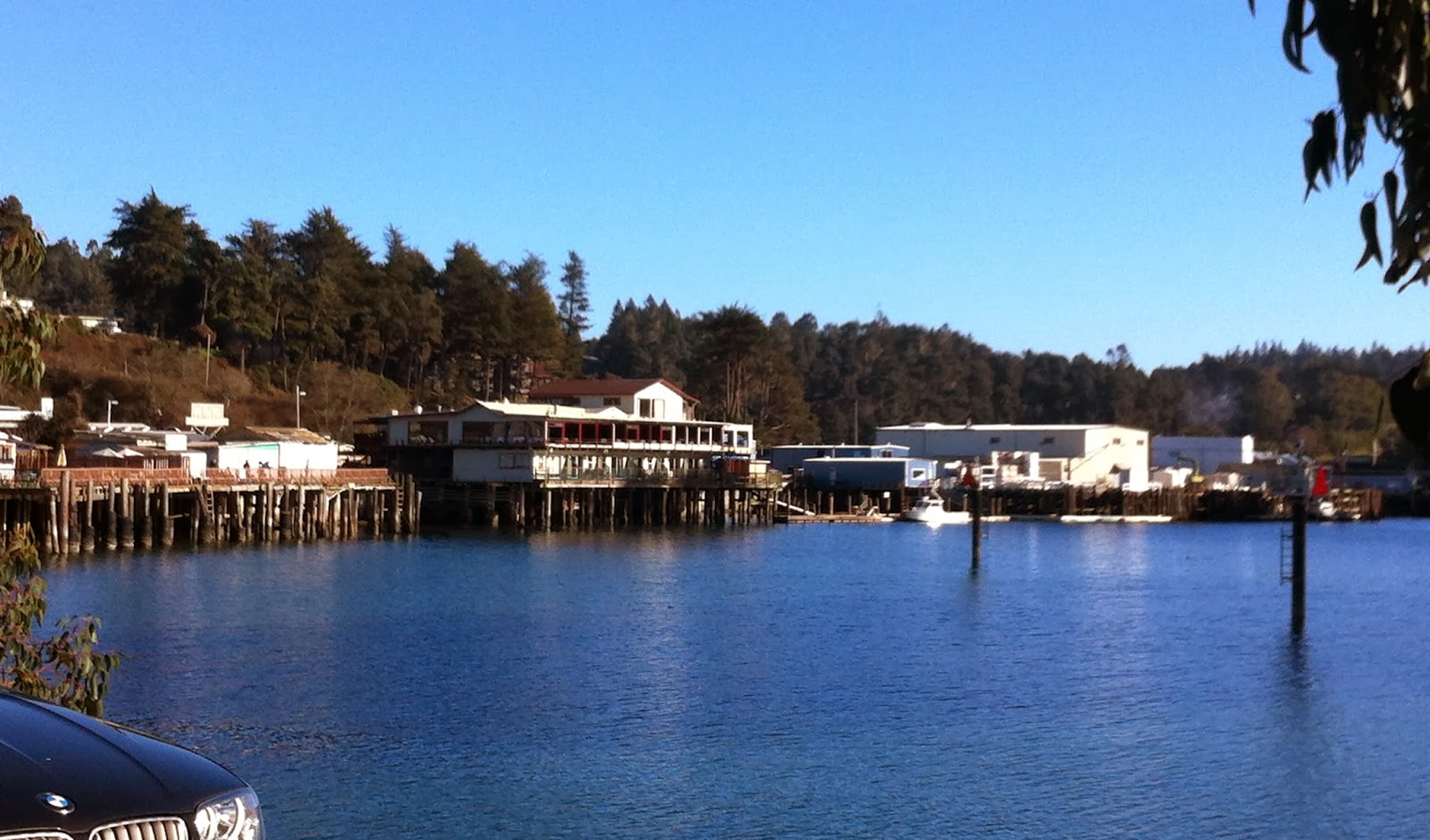 Two boats coming in from the ocean at the end of the fishing day. 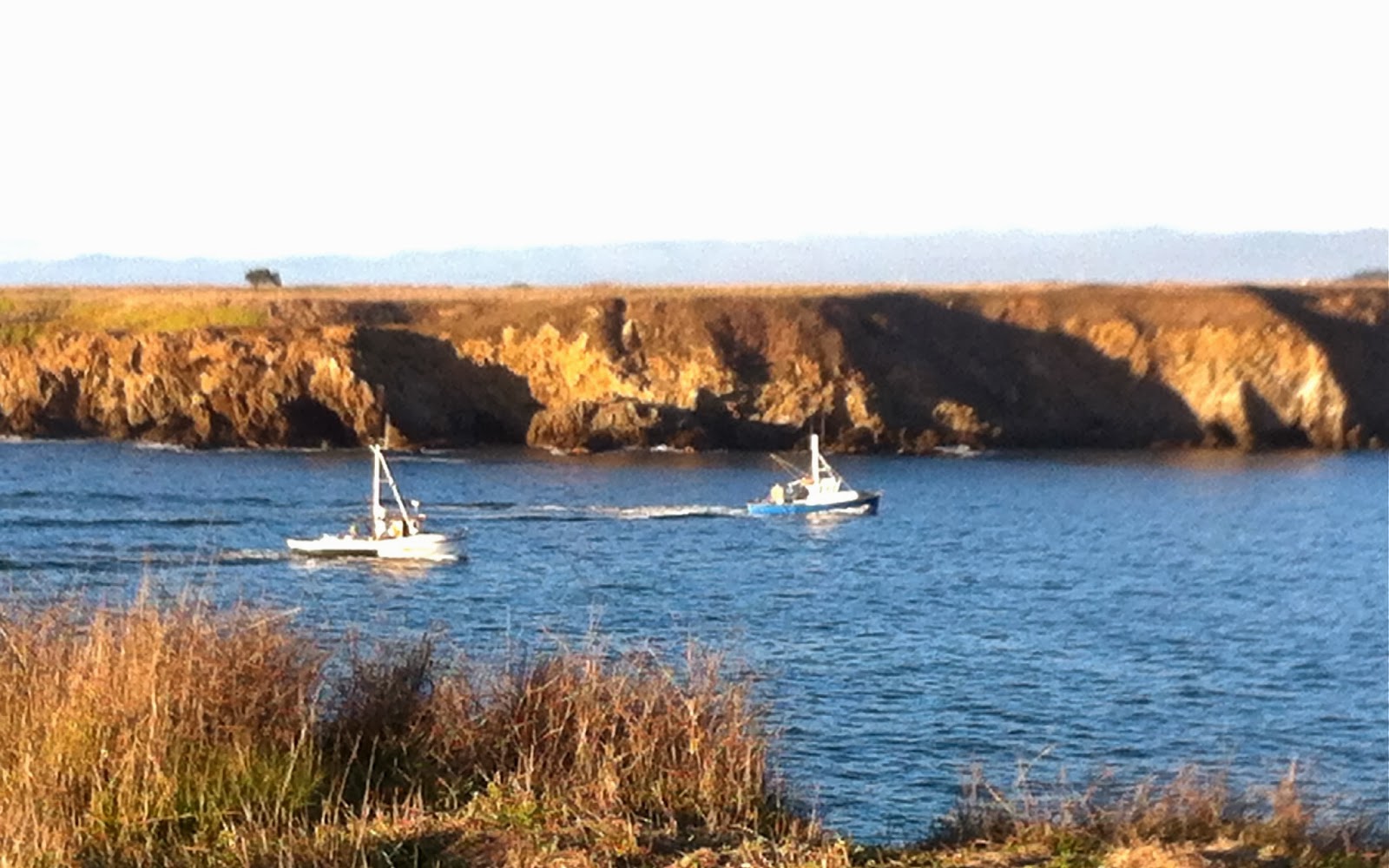 The shore of the Fort Bragg Coast just before sunset. 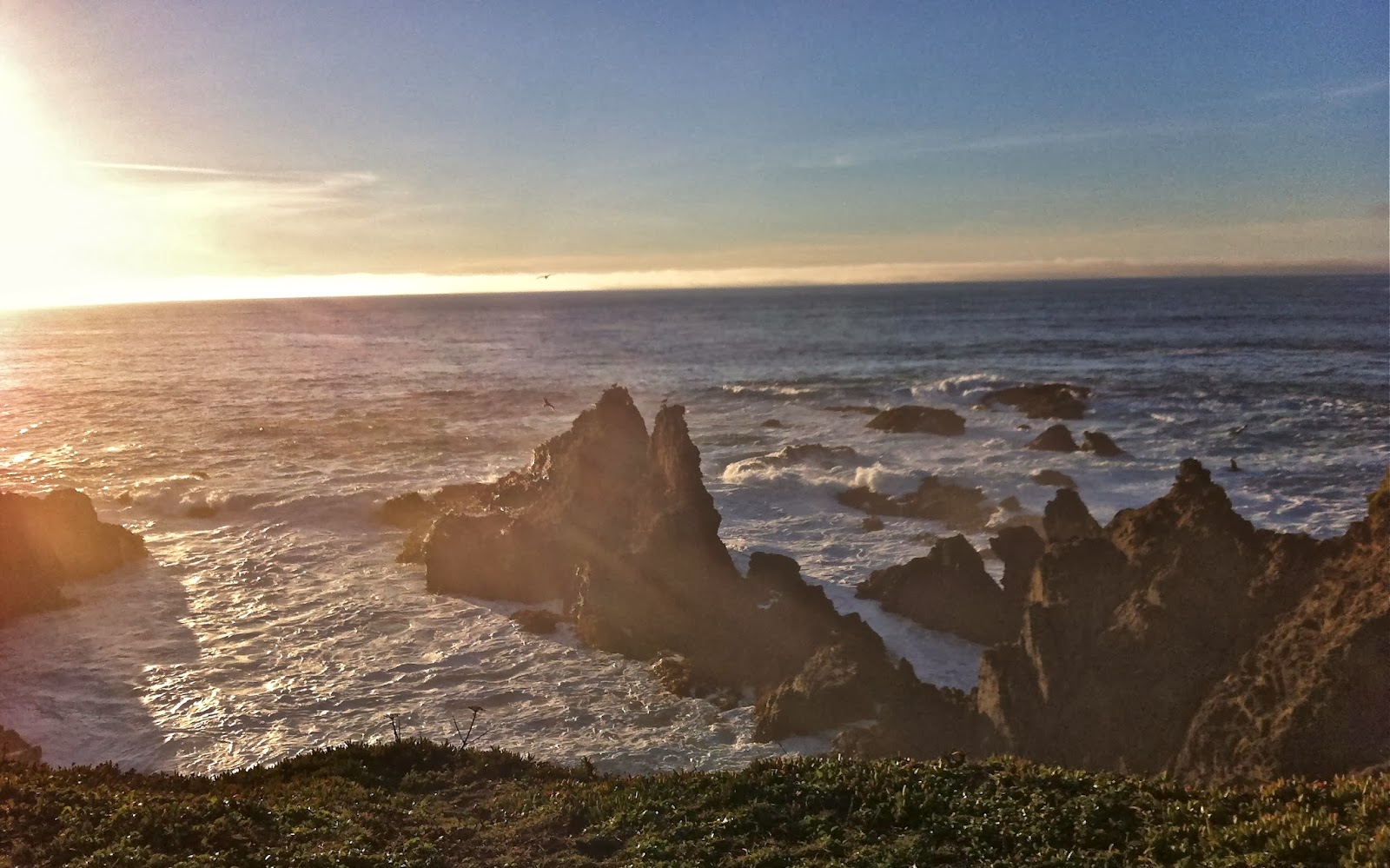 About 9 miles south of Fort Bragg is the town of Mendocino Village.  There are about 800 people living in this little town.  It is really a great place to stop if you are driving around in this part of California.  There are lots of fun artsy shops and great restaurants and the town is listed in the National Historic Record.  This was also a redwood logging town back in the 1850's.  There is a little museum/visitor's center here where you can learn about the history of this little town.  Logging was the industry of the area, which meant that shipping was also a big industry.  Many large ships were built in this area and many were lost on the wicked, unforgiving shores of Northern California.


This corner of the museum was dedicated to the ships that were lost at sea and never recovered. 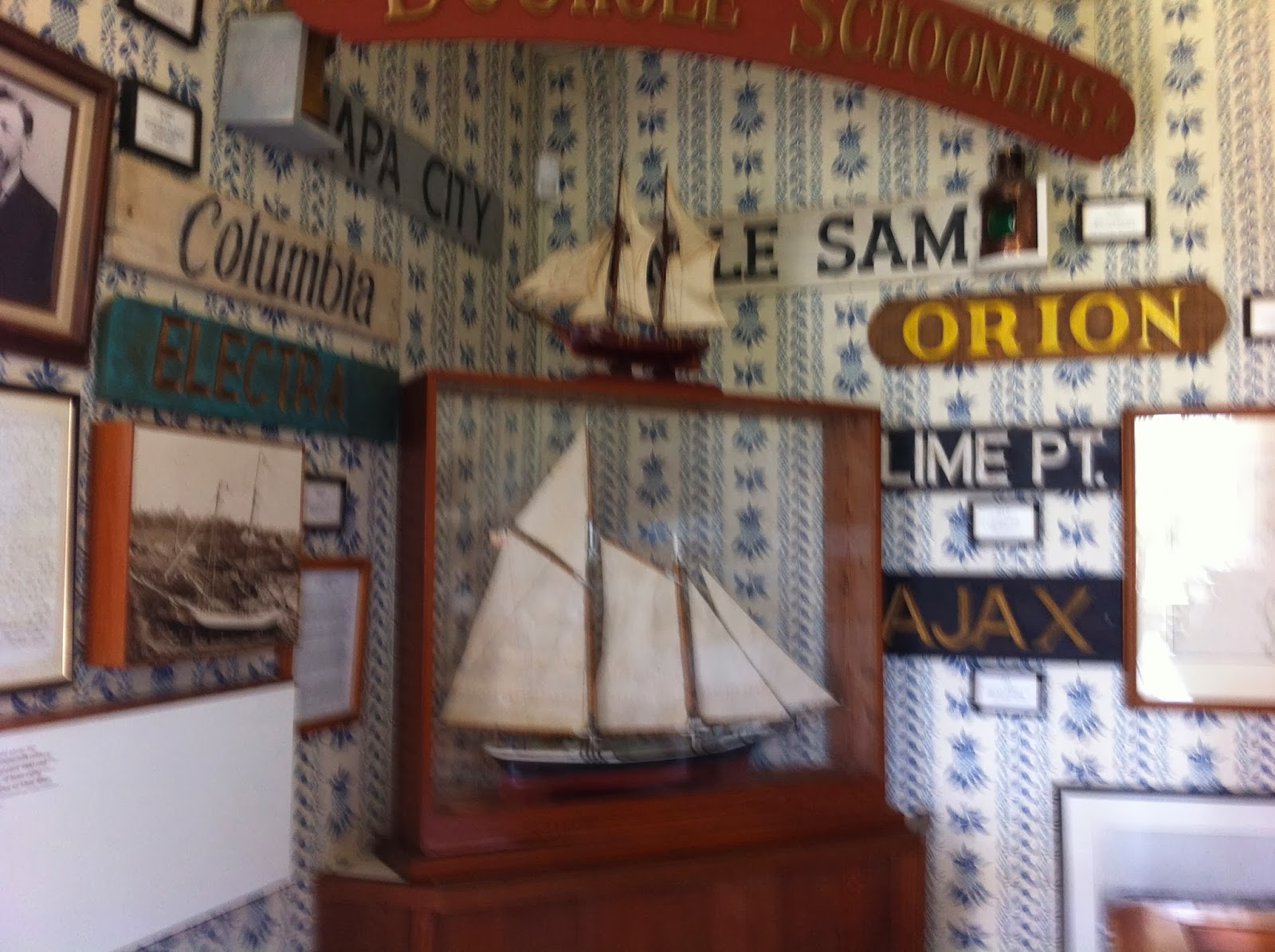 This Presbyterian Church is the oldest active church in California. 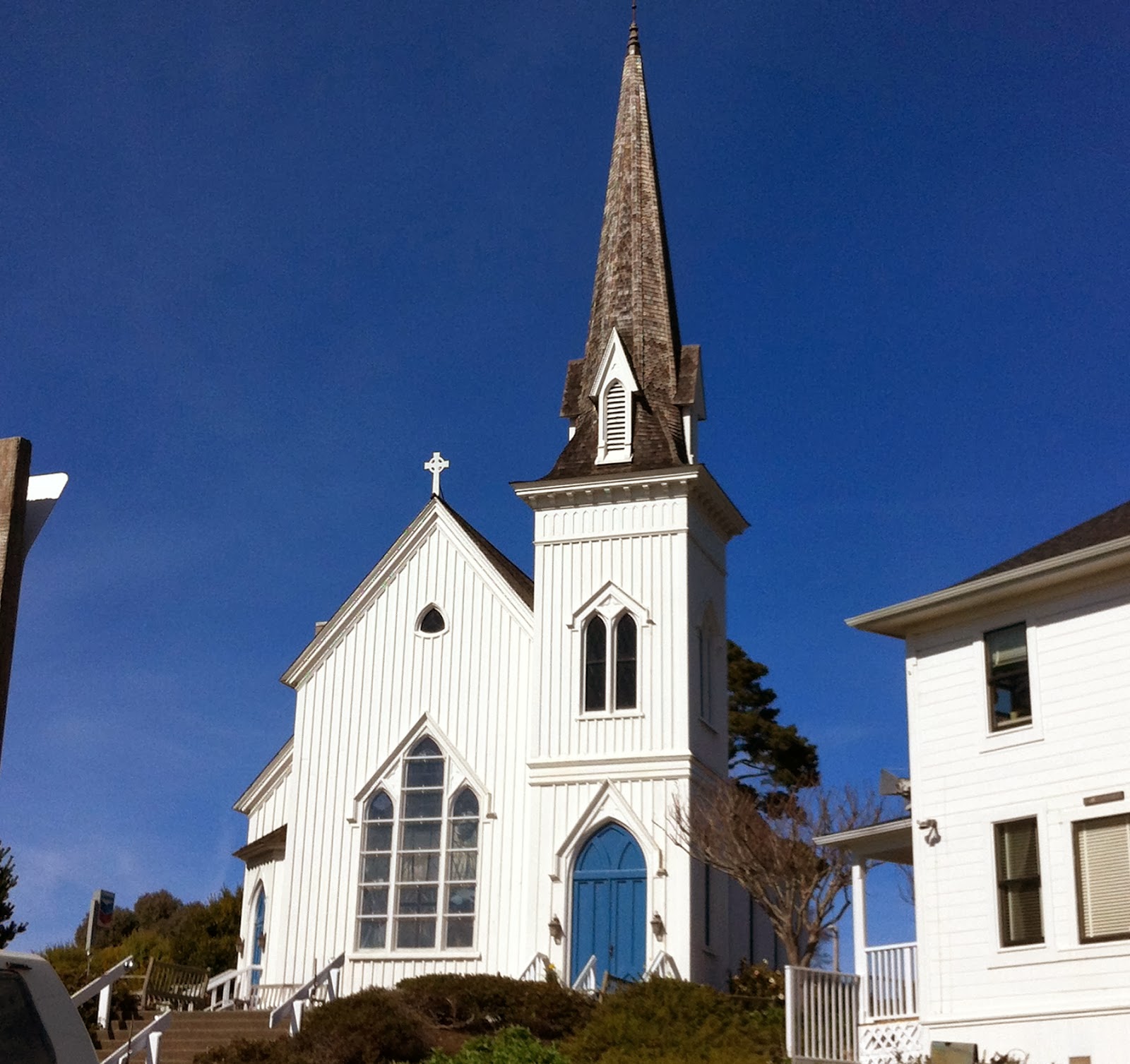 The mouth of the Big River.  There are old pilings all along the river where the docks used to be.  The logs were floated down the river and the people would walk along the docks to guide to the sea and the waiting ships. 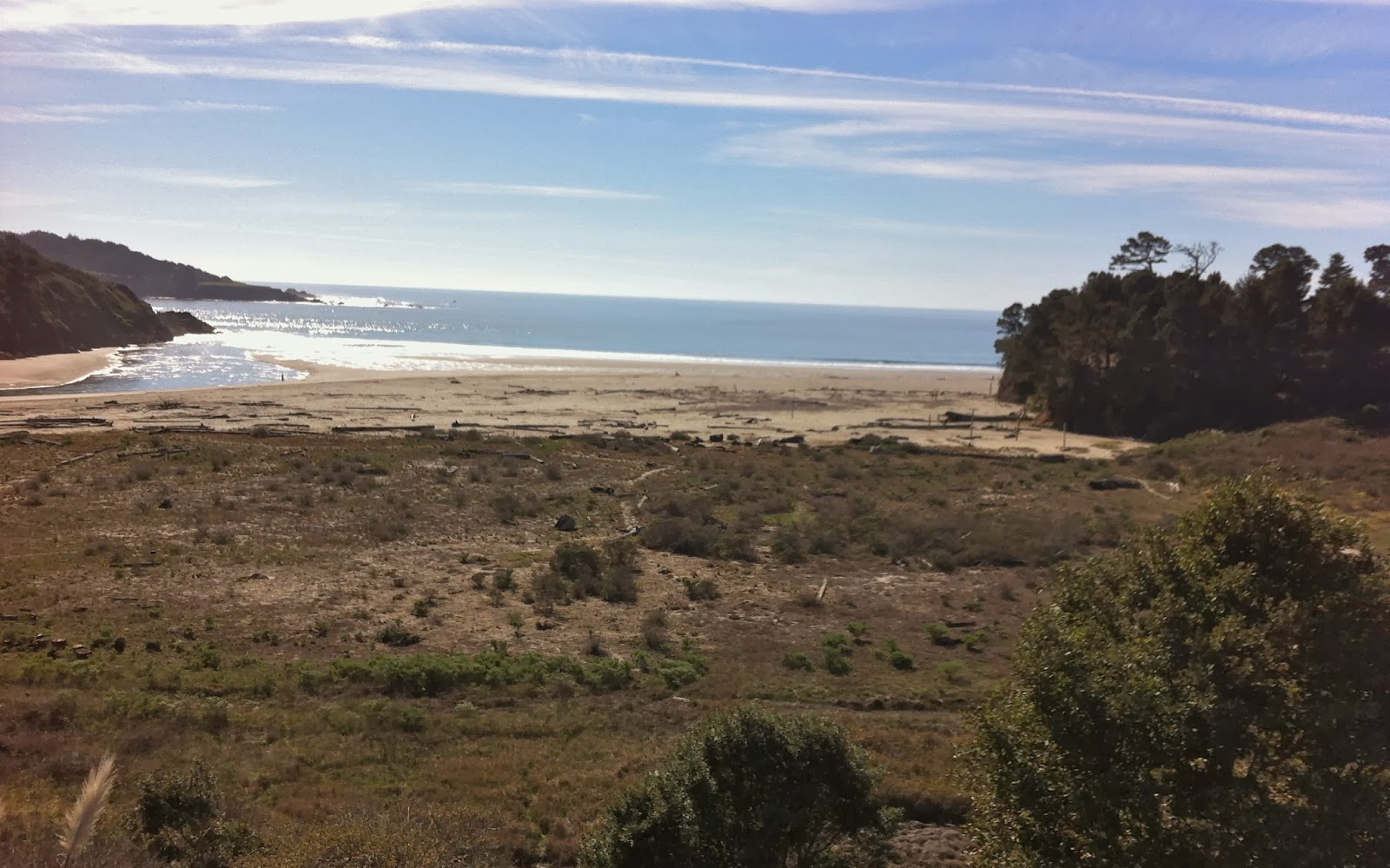 There is an old graveyard tucked away in the outskirts of the town.  The writing on the beautiful marble headstones provide a small window on the past.  This was an older headstone.  Many were for people who died in 1850-1855.  There were people buried in this graveyard who were born in the Kingdom of Denmark, or Norway or Maine to name a few interesting places. 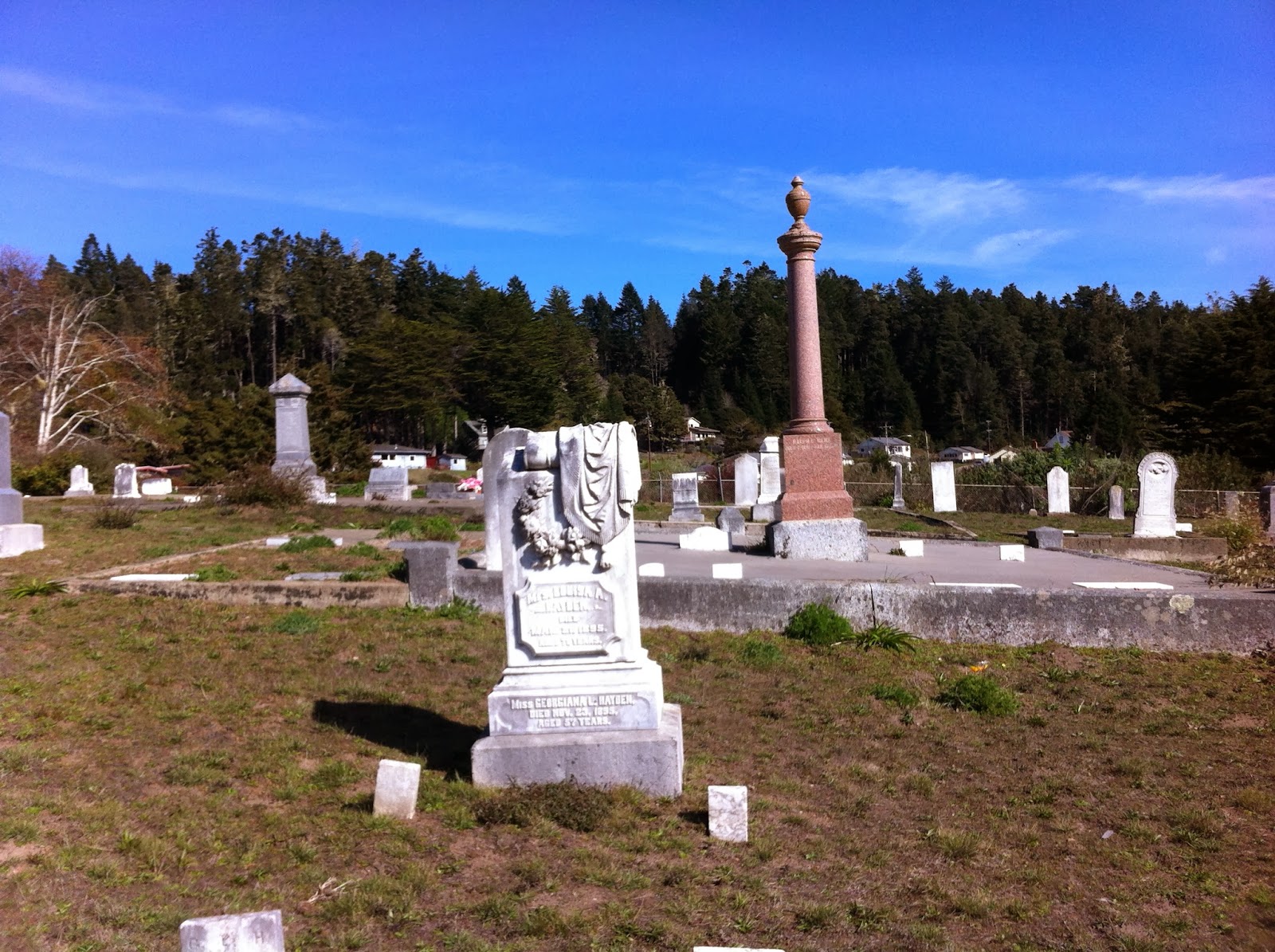 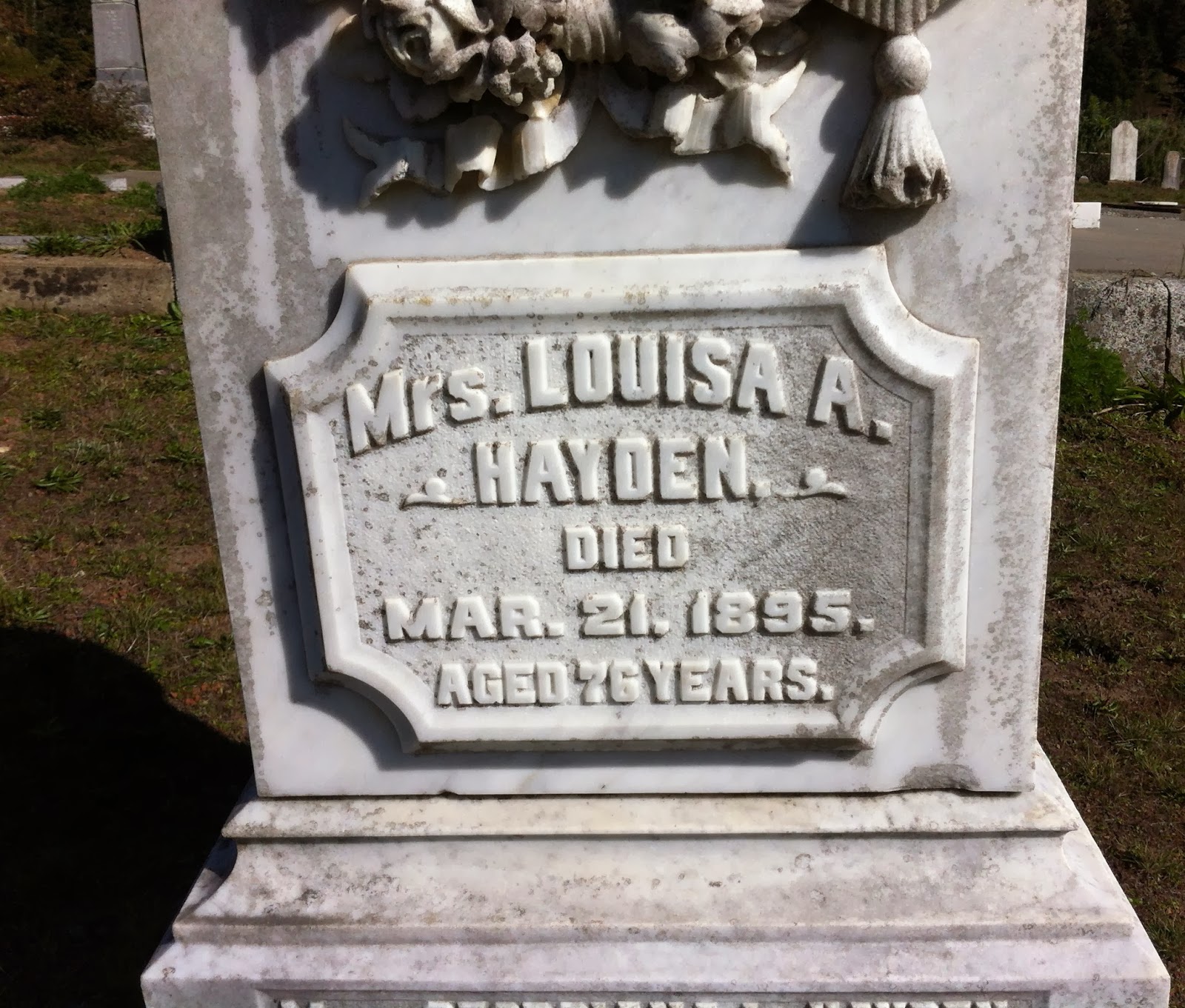 The homes were built in the 1850's too.  The thing I enjoyed looking at were the arbors. 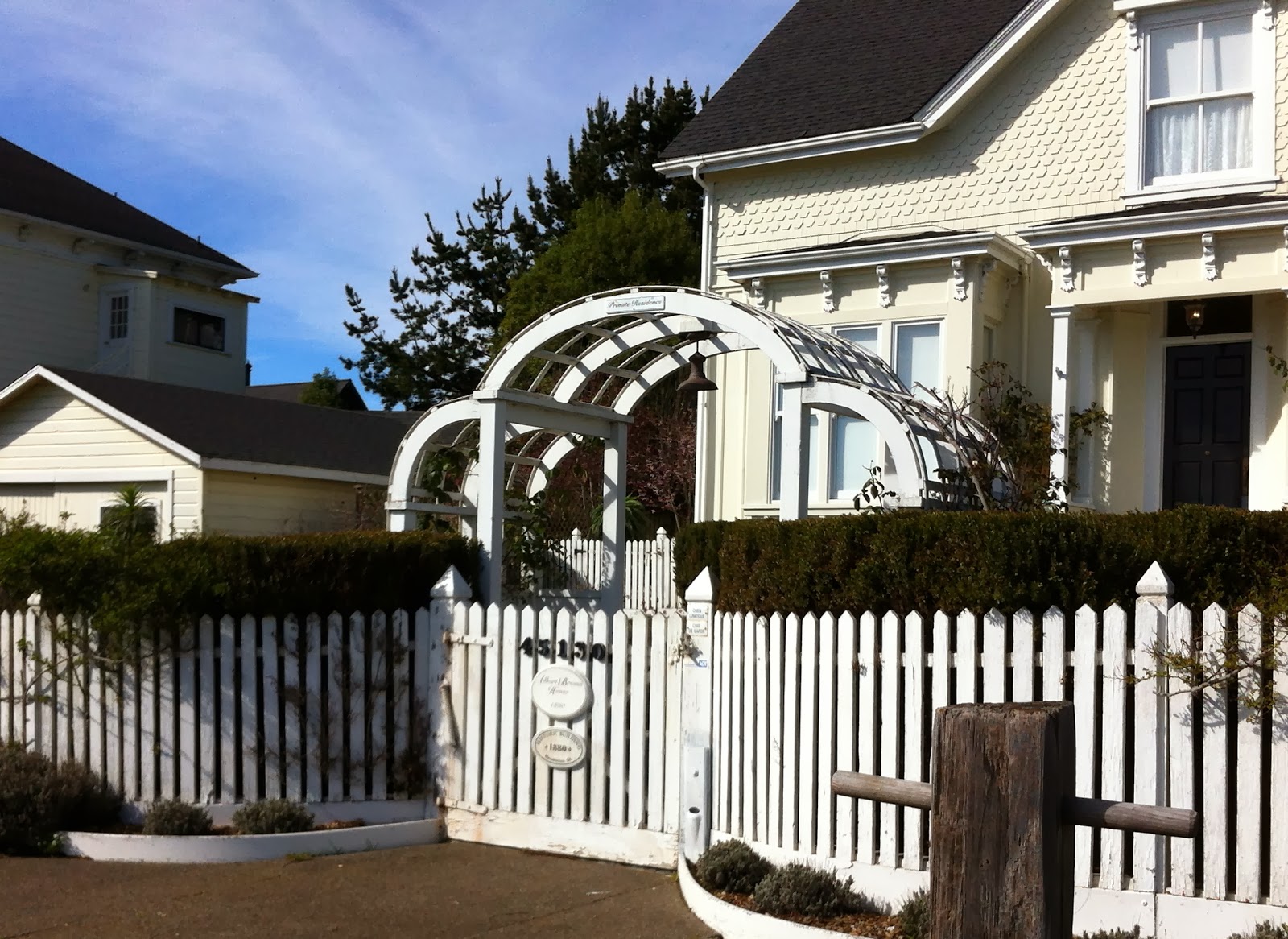 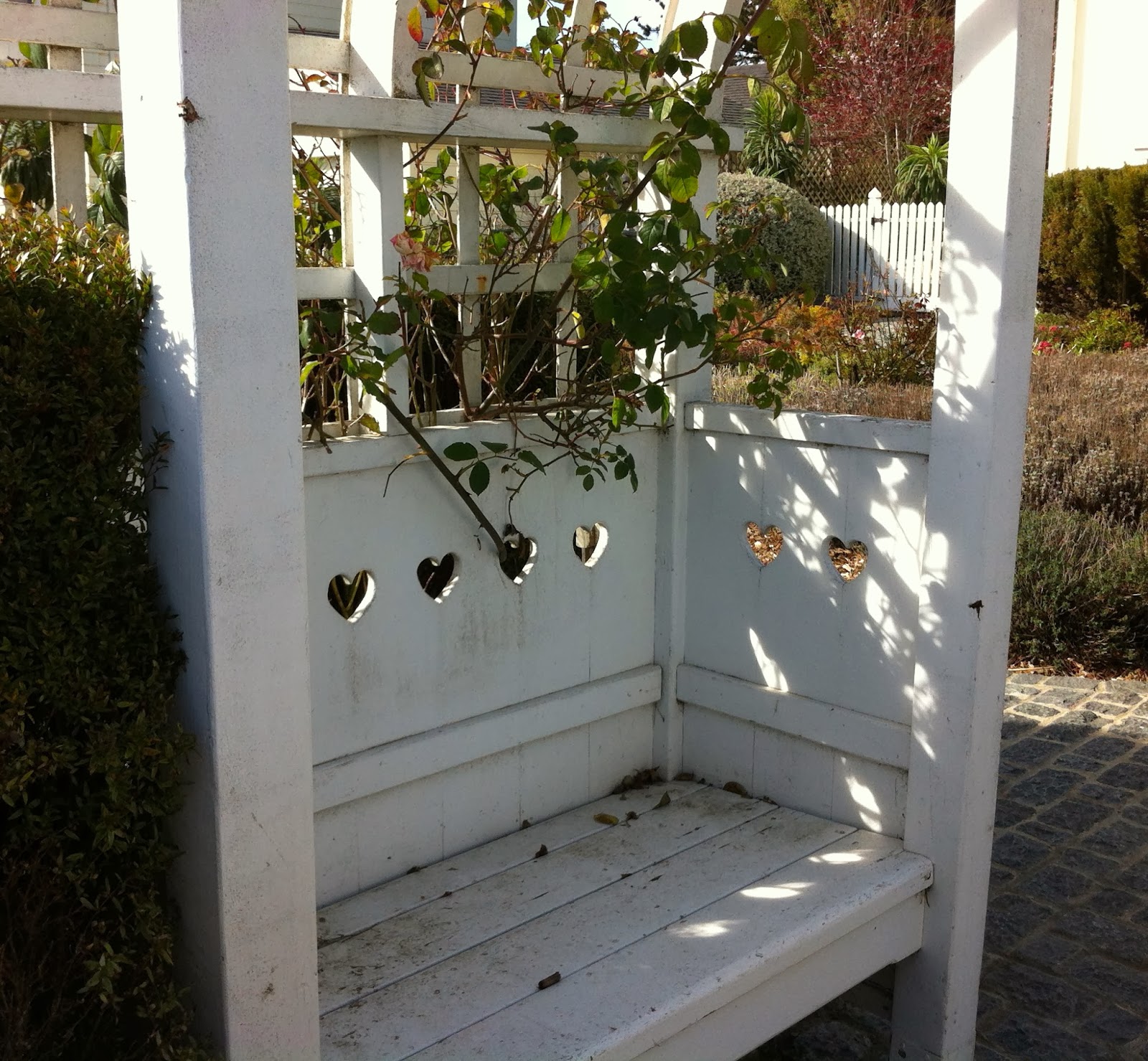 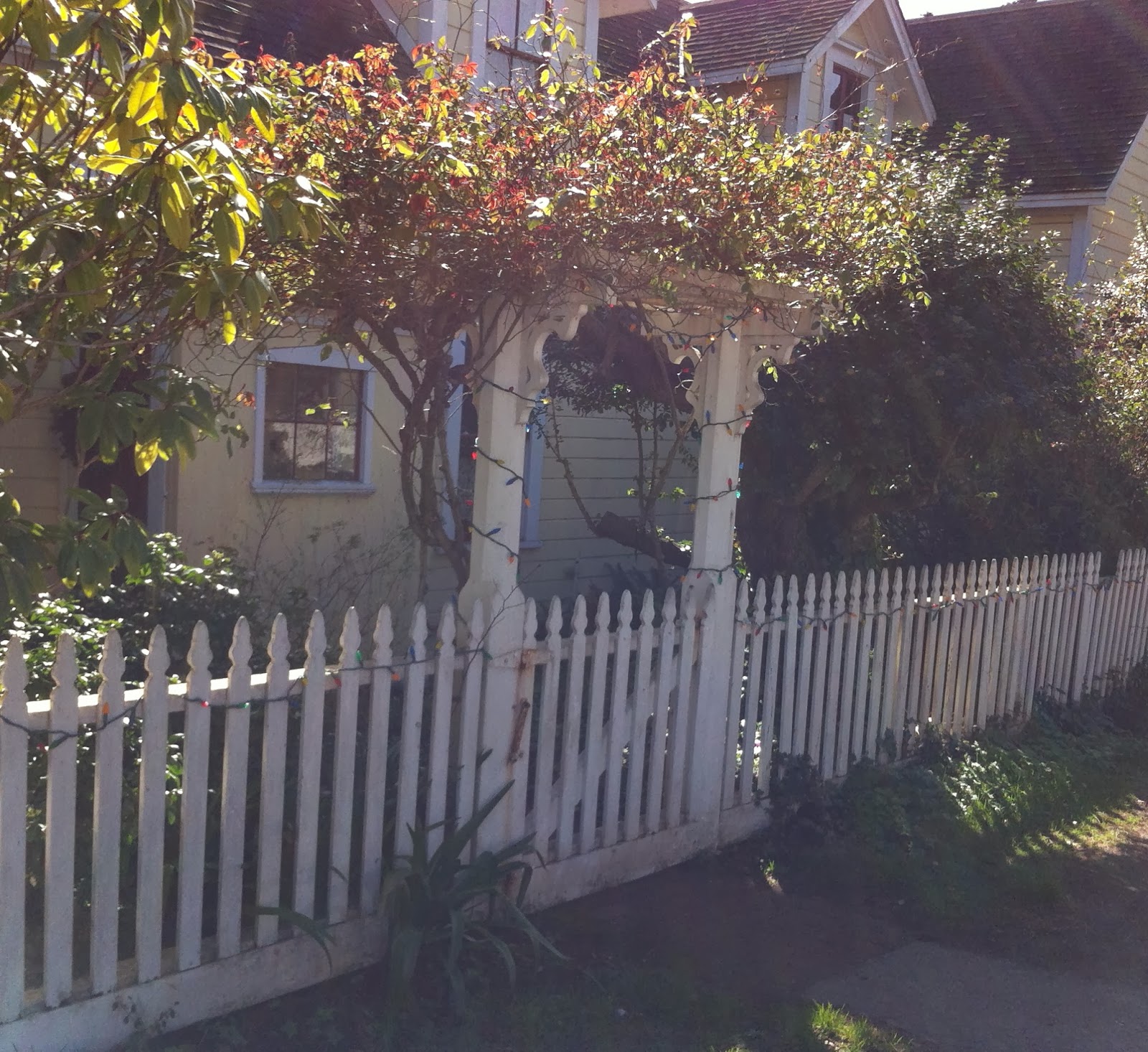 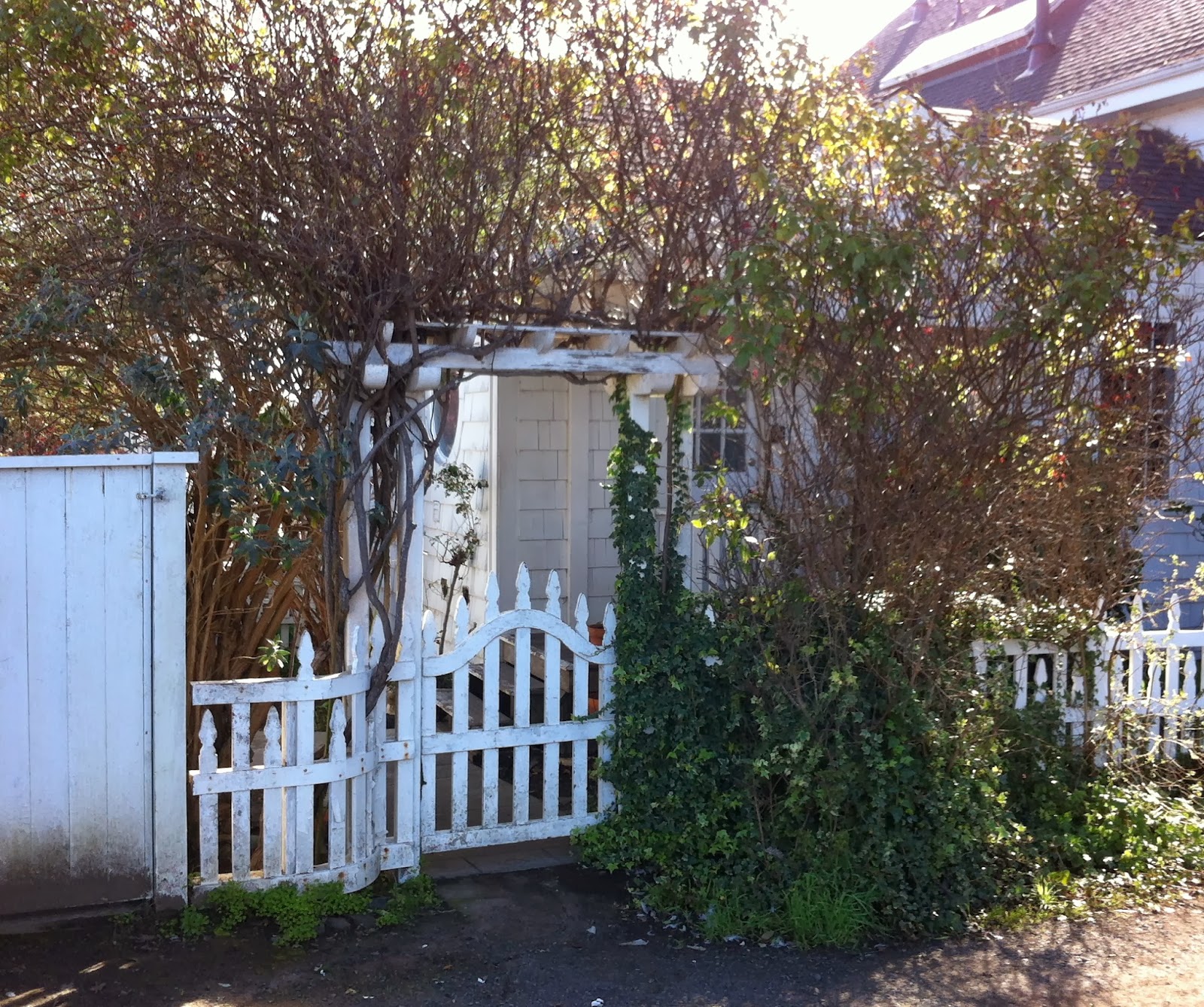 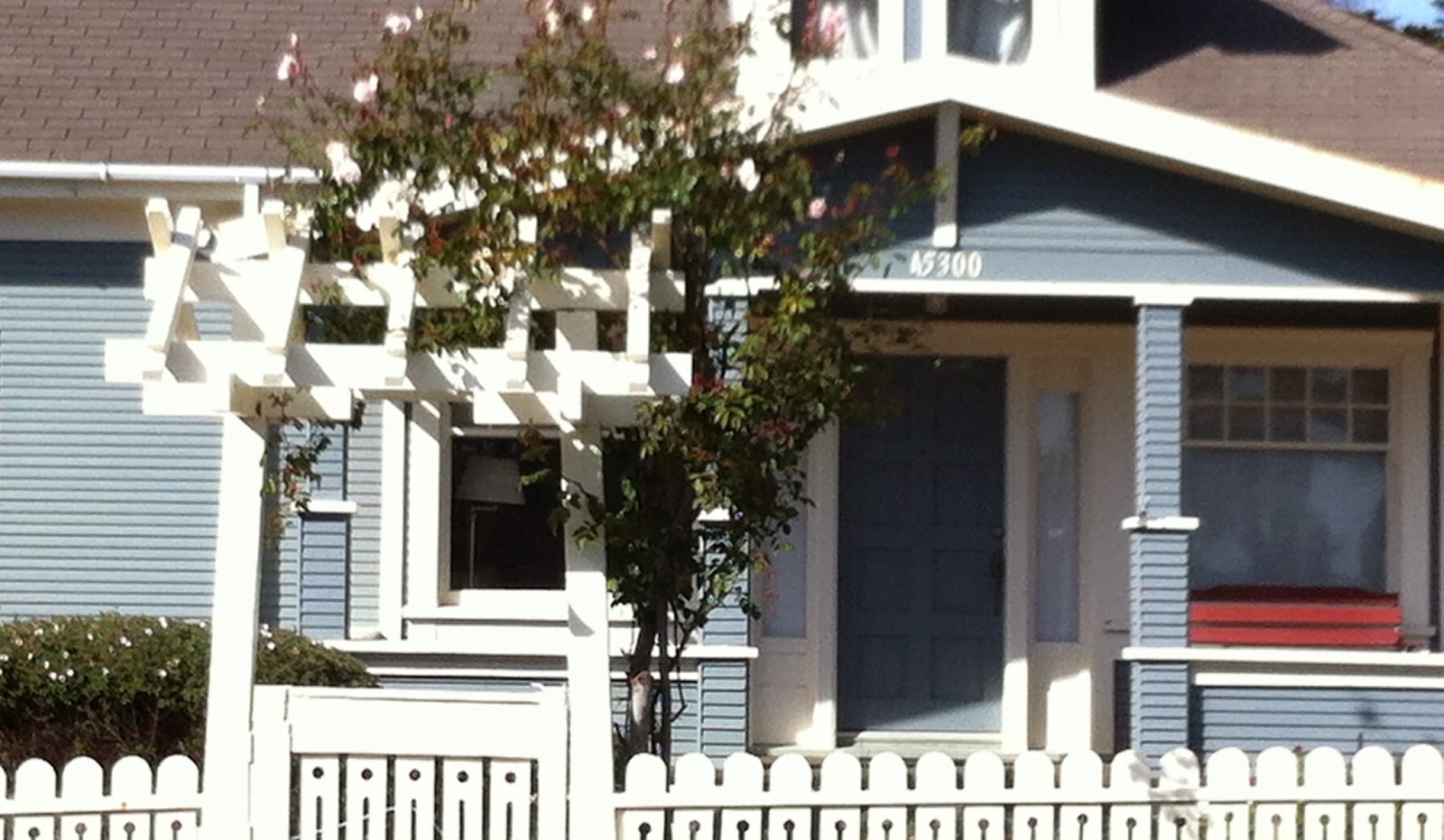 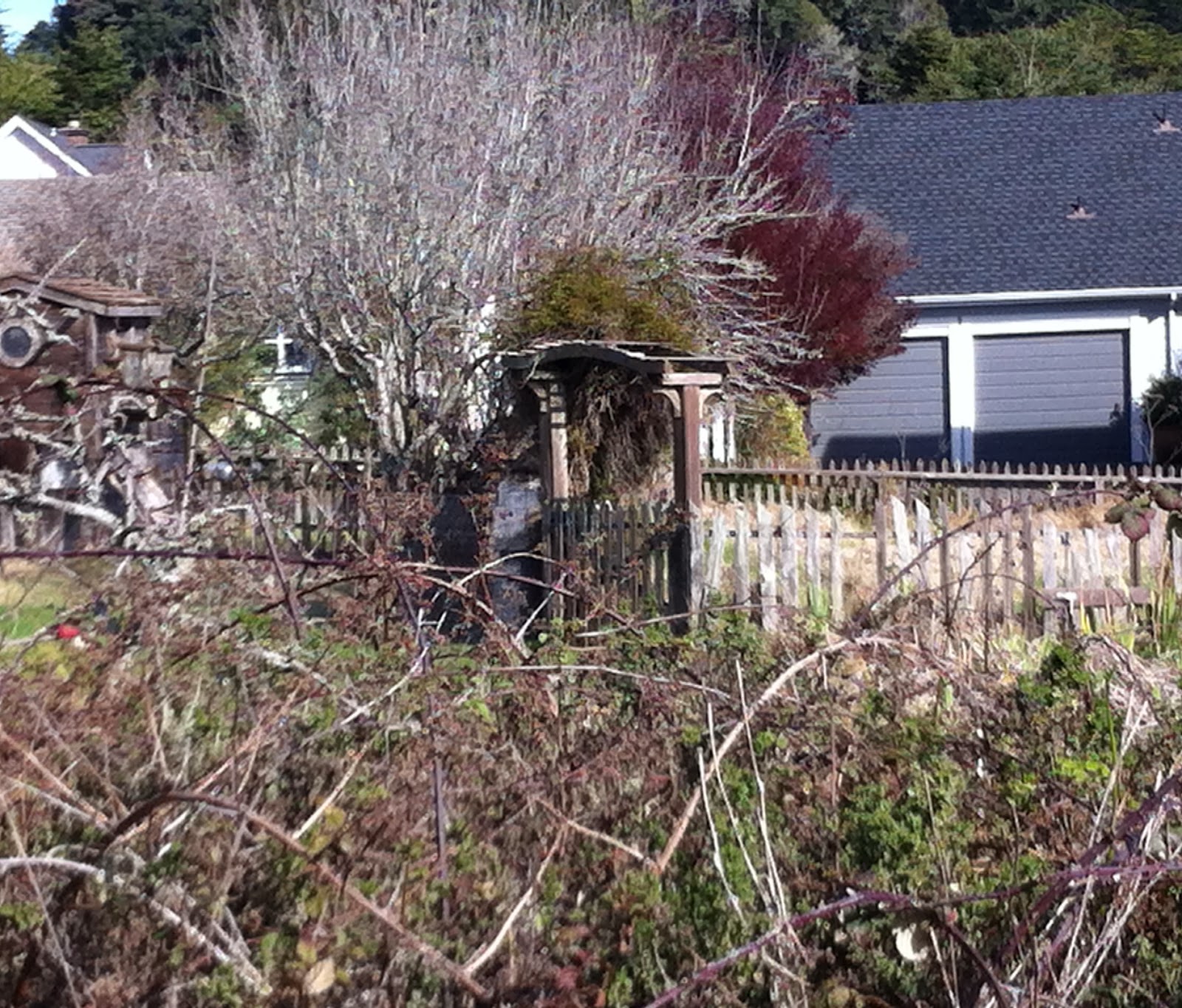 There is so much more to see in Mendocino.  If you are ever on the Northern California Coast, you should stop and visit this little town.