I have been away from my blog for awhile, it's been a busy month!  Doug and I were able to participate in the Las Vegas Rock 'n' Roll Marathon last Sunday. This marathon raised funds for the Crohn's and Colitis Foundation of America.  There are 31 different Rock 'n' Roll Marathons in 9 countries.  Rock 'n' Roll is owned by the Competitor Group, Inc.  Las Vegas was Doug's 2nd and my 3rd, Rock 'n' Roll.  We also did one in Phoenix and I did one in San Diego.  This race is fun because there are all kinds of bands playing along the way and there is a rock concert after the race. 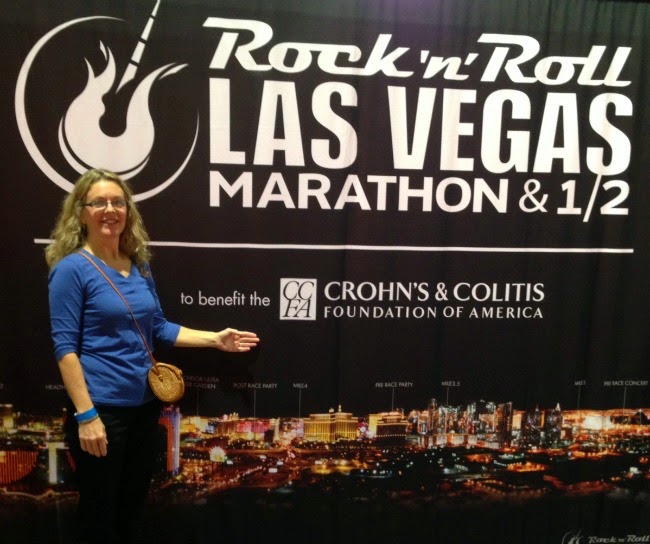 Meb
This is one of the most inspirational people I have ever had the chance to listen to.  Meb won the Boston Marathon in 2014.  He was the first American to win the Boston Marathon in 33 years.  His time was 2:08.37.   He also took second in the 2012 London Olympics.  His story is one of great fortitude, hard work and a true commitment to and appreciation of the USA.  He is a Eritrean refugee, who came to America with his family at the age of 12.  He has written a book, Run To Overcome, which I will read. 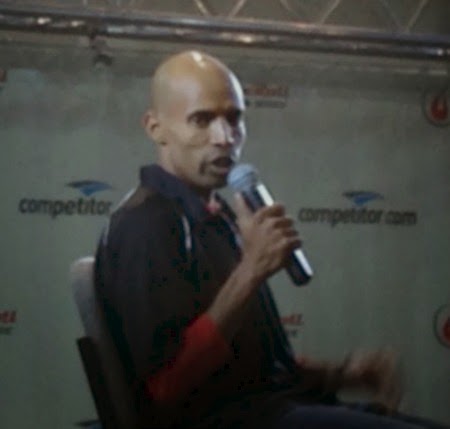 All corralled up and ready to run. 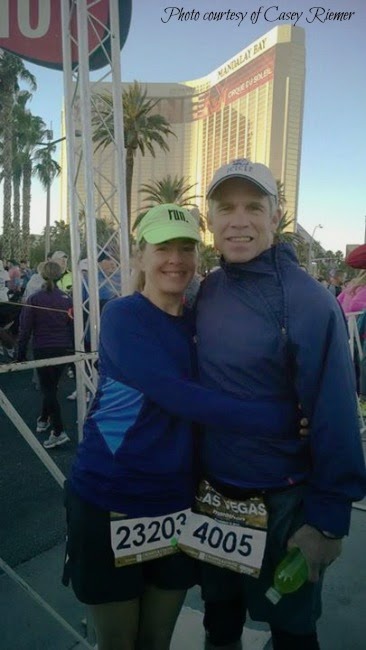 This race was a little different because it started at 4:30 in the afternoon. 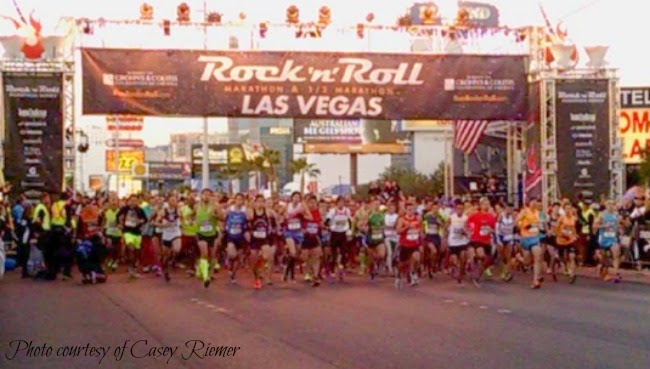 So we could run through the strip and Fremont Street at night. 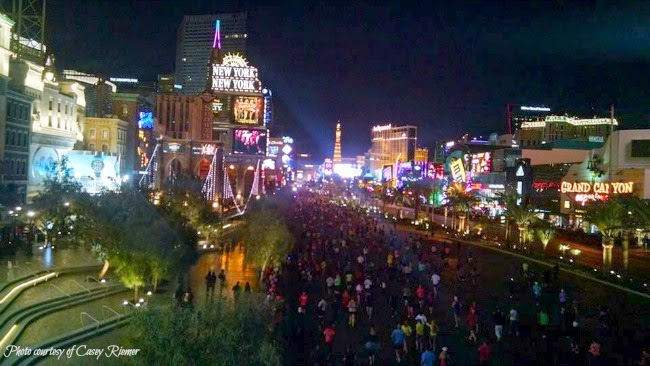 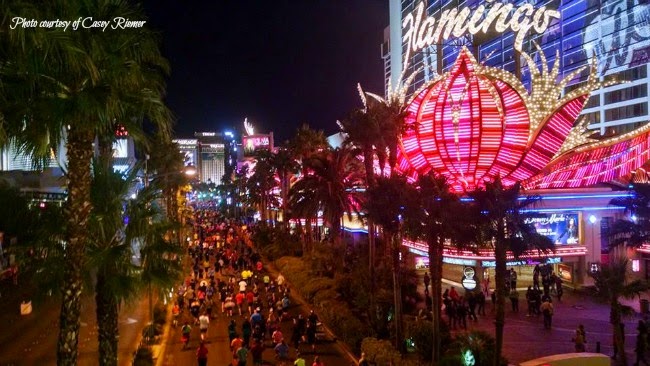 Dancing fountains at the Bellagio were waiting at the end of the race. 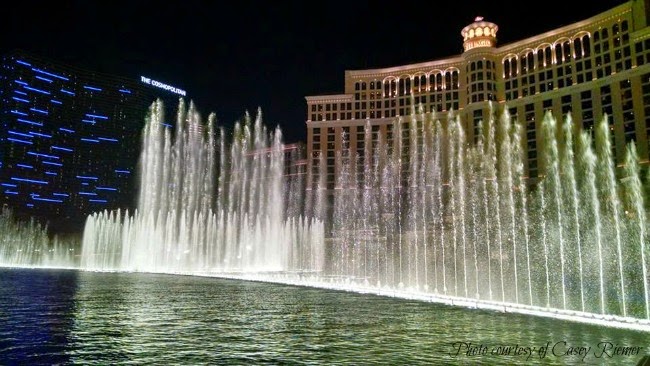 I recommend the Las Vegas Rock 'n' Roll races.  The course is fairly flat, the aide stations are spaced close together, the lights at night are really fun to see.  It is easy to find a hotel room.  There are lots and lots of fun activities to do when you aren't running.  The half marathon was the most popular event with 25,215 participants.  The full marathon only had 3224 participants.  For obvious reasons, the event caters to people running the half.  While we all started and ended in the same place, marathon runner had to go out into the the dark neighborhoods to get their mileage in.  There weren't any rock bands in the neighborhoods.  It was pretty quiet, but that's okay.  The aide stations were still out there.  They offered water and Gatorade to the weary runner.


One highlight of my visit to Las Vegas.  I was able to get an autographed baseball for my son. 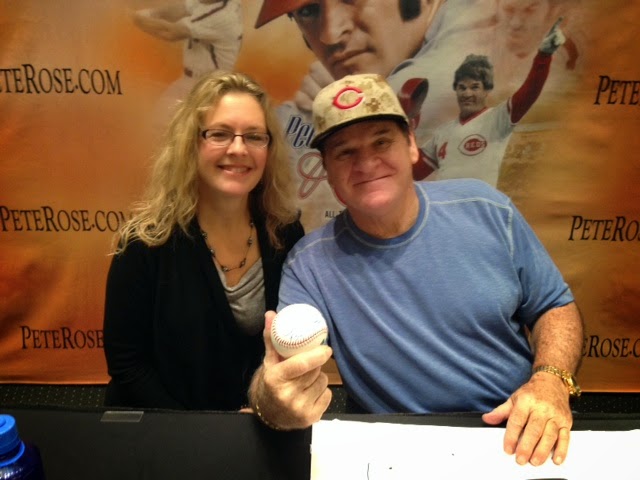