In Petersburg, we have celebrated May Seventeenth for many, many years.  An excerpt from the (Thursday, May 8, 2014) Petersburg Pilot's 'Yesterday's News' column reads, "May 9, 1914-One week from tomorrow the local Norwegian people, not to be outdone by their mother country, will celebrate the one-hundredth-year since they separated from the inglorious union with Denmark and re-established the old kingdom of Norway with a constitution as democratic, if not more so perhaps, as any republican government now in existence."

Norwegian fisherman Peter Buschman moved to Petersburg and started a fishing cannery and saw mill.  Shortly after his arrival, Petersburg, Alaska became in incorporated city on April 2, 1910, so the residents' hearts most likely were still in the 'old country' at the time of May 9, 1914 article.  Norway's National Day was their holiday.  Old traditions die hard.  Especially with Norwegians.

In the 5 or 6 generations since our little town was incorporated, the Norwegian population is slowly being replaced by people of non-Norwegian decent but the National Day of Norway continues to be our holiday.  The celebrating continues for 3 or 4 days and the entire community gets involved.  Little Norway is our community identity.  It continues through the hard work and dedication of the many people who are committed to maintaining the culture and individuality of the settlers of our little town.

Our Son's of Norway building is the heart of our town.  It is set in a most picturesque Hammer's Slough. 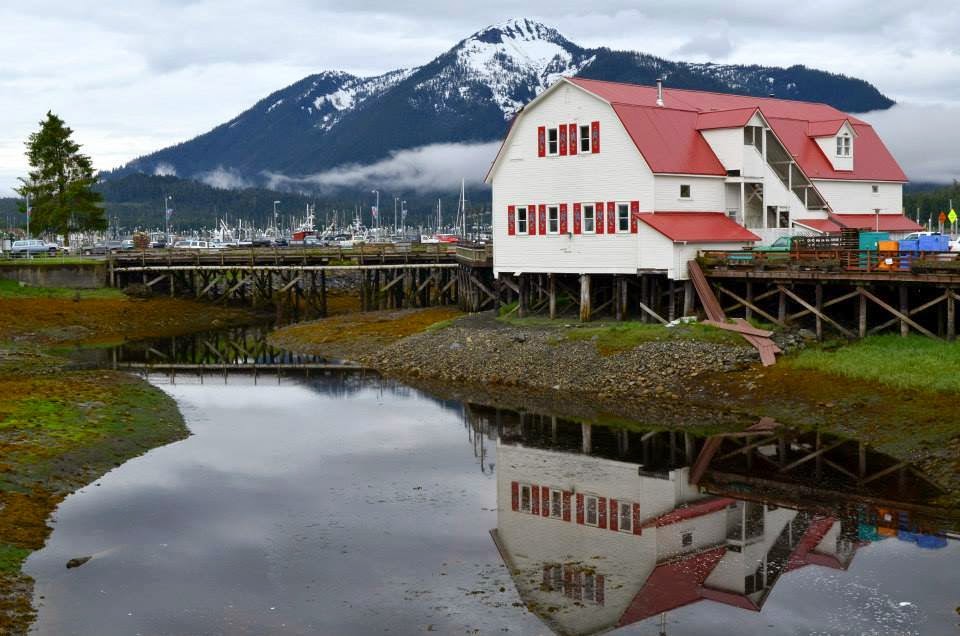 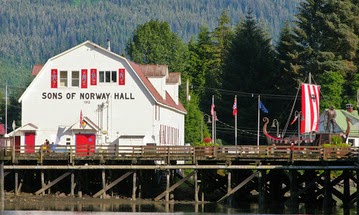 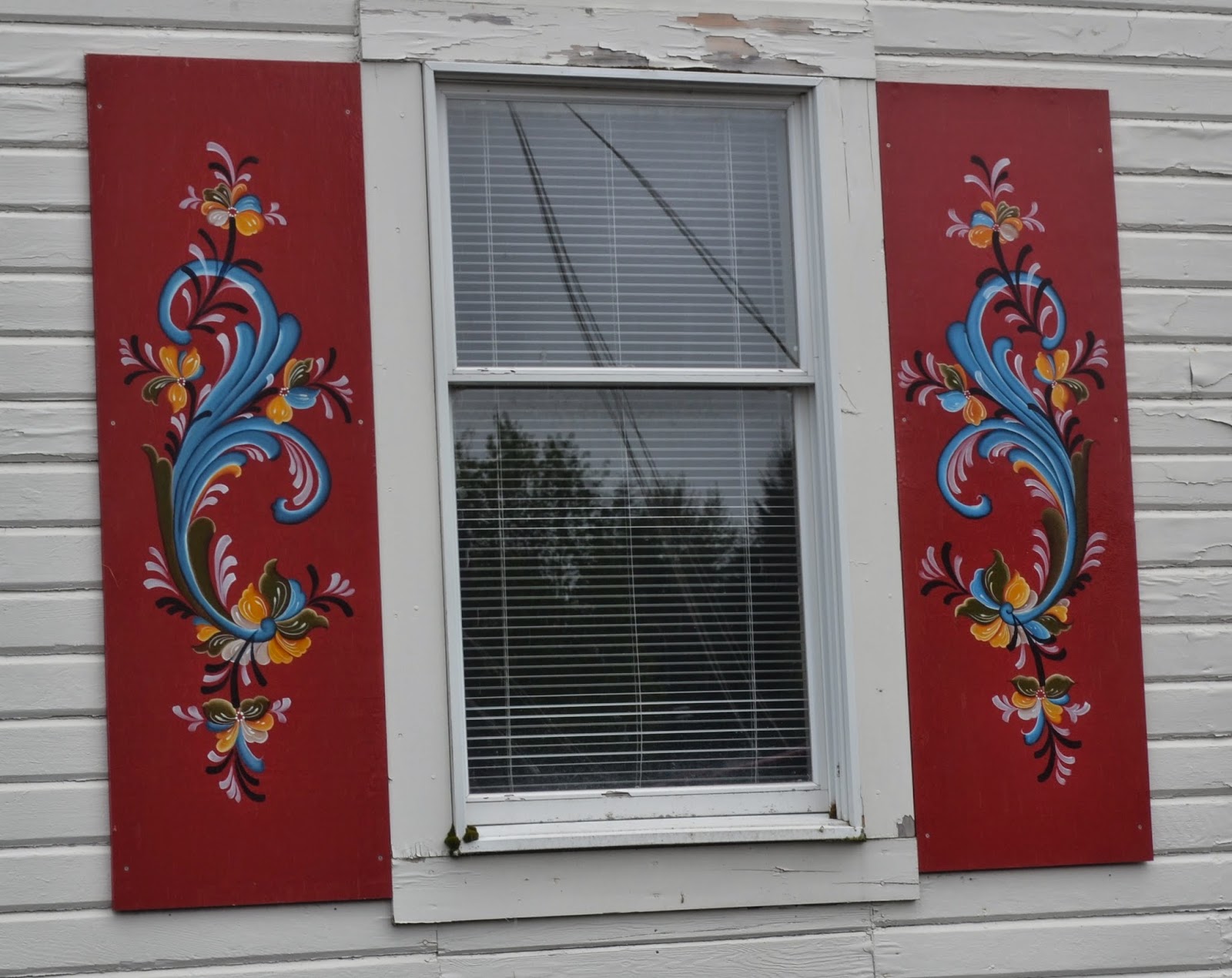 We’re the oldest Sons of Norway Lodge in Alaska and take great pleasure in sharing and promoting our Norwegian heritage.
Our unique building dates back to 1912 when 60 charter members borrowed money and sold $5.00 shares and then constructed our building in a style similar to the early barns in the mid-west.

Our beloved building is a community treasure and in 1984 it was placed on the National Register of Historic Places.
Throughout the years, our lodge has been the heart of the community with many wedding receptions, parties, dances, lodge socials, potlucks, tour dinners and tour coffees. In the early days even the high school basketball games were played in our hall. The hoop is still there!

A Place for Gathering

The Bojer Wikan Fishermen’s Memorial Park is adjacent to our Hall and was dedicated in 2000. Our Viking ship, the Vallhalla, resides there along with beautiful flower boxes, benches, memorial plaques and a bronze statue of Bojer Wikan, a long-time fisherman who promoted the idea of the park. 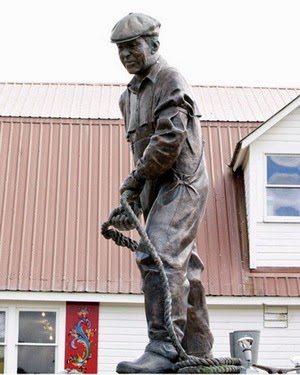 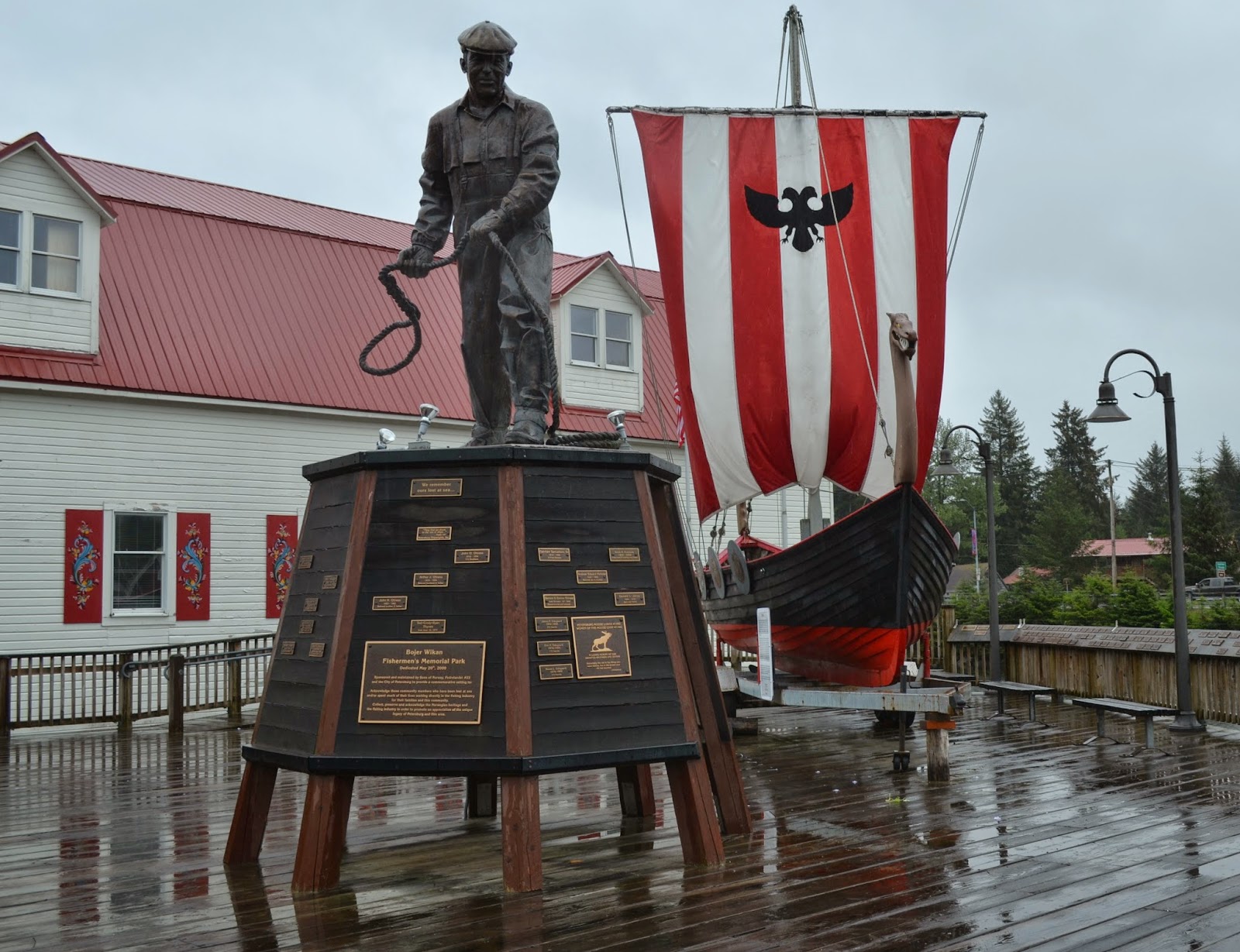 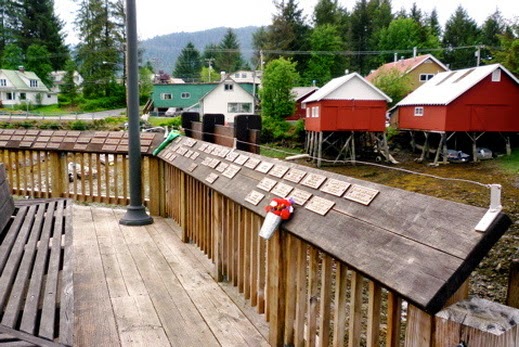 Three plaques that are very special to me! 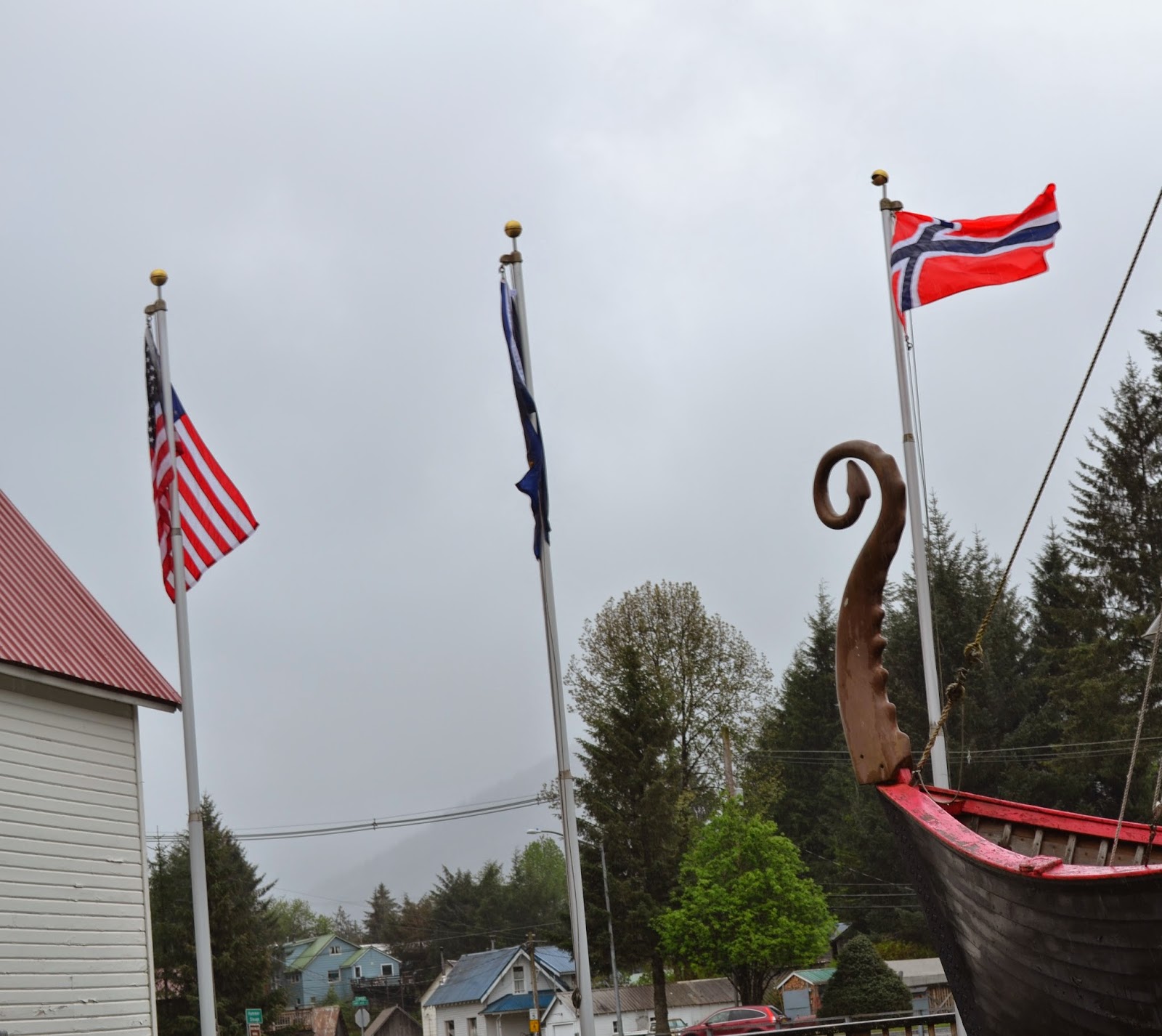 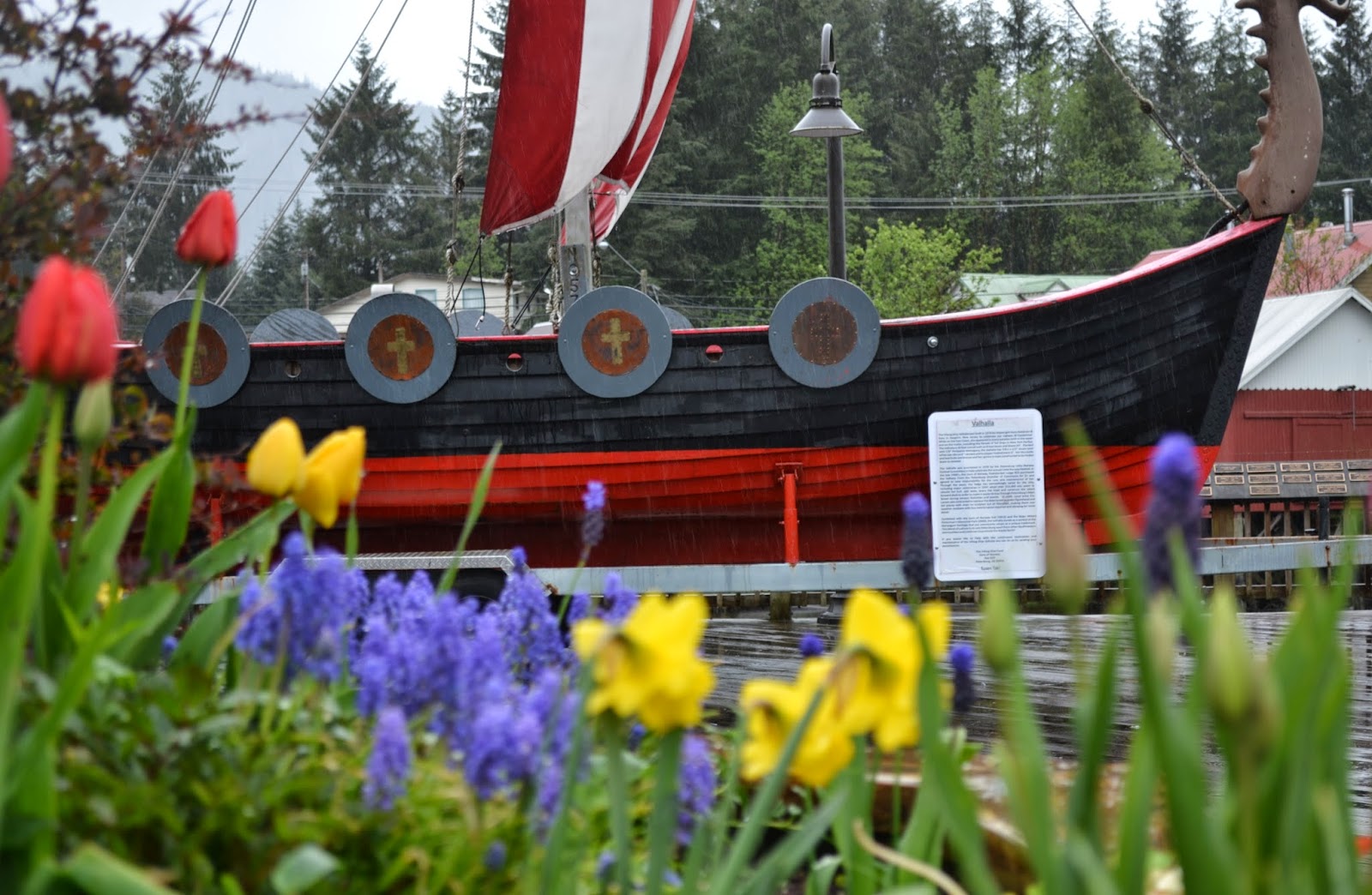 Linking To:
Whatever Goes Wednesday You're Gonna Love It Tuesday It's A Party #158