1.  This is truly an international road race.
The relay is run on the 110 mile road that connects Skagway, Alaska to Whitehorse, Yukon Territory, Canada.  There are 10 legs in the race varying from 5.6 miles to 16 miles.  The majority of participants are from Alaska and Canada but I ran into a couple of ladies who were driving support for 3 teams with members from London, Vancouver, Chicago and many other places. 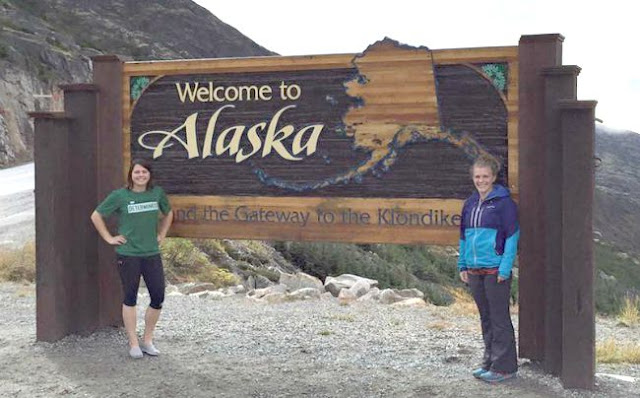 2.  The race is very well organized.
The race starts in waves with the first group of about 20 runners starting leg 1 at 6 PM on Friday evening, followed by a new group every half hour until 11PM.  Each team enters their estimated finish time and the race coordinators issue a team start time based upon this estimation.  The goal is to have all of the teams finish between noon and 3 PM on Saturday. 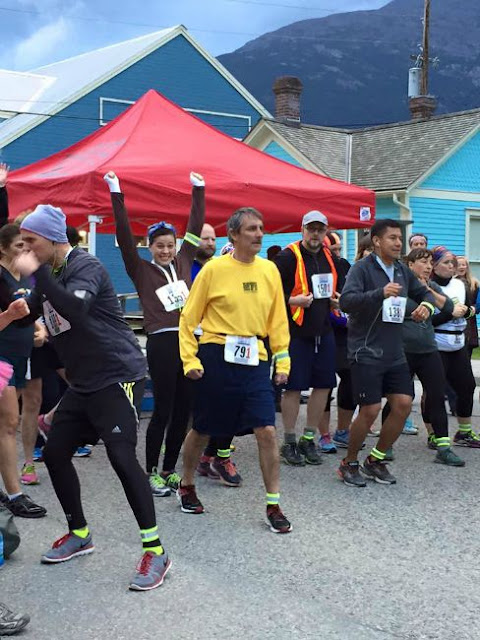 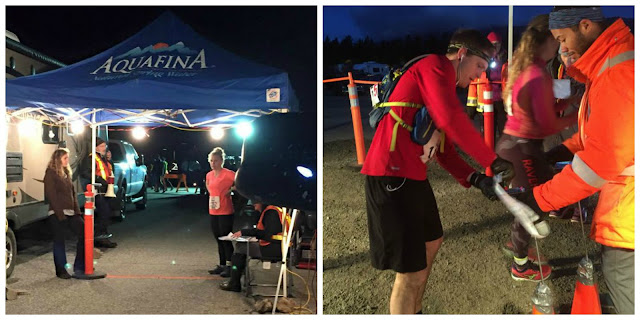 3. You have bragging rights. 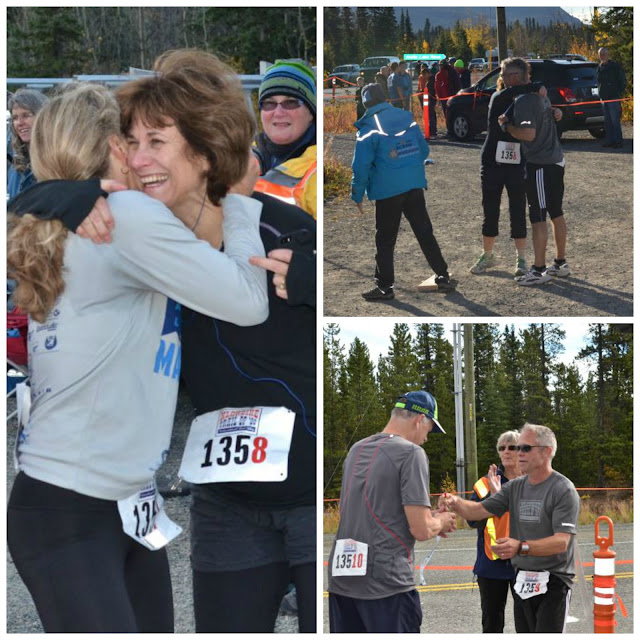 4.  You get to see people at their best.
Runners excel!  Everyone gives 100% to run their race.  Team members give 100% to support their runners.  The result is 200% incredible. 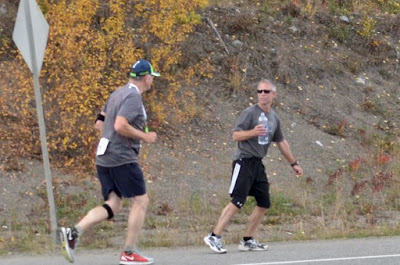 5.  Camaraderie!
Close quarters and hard work encourage lasting relationships.  This race brings family and friends together and gives us an opportunity to make new friends. 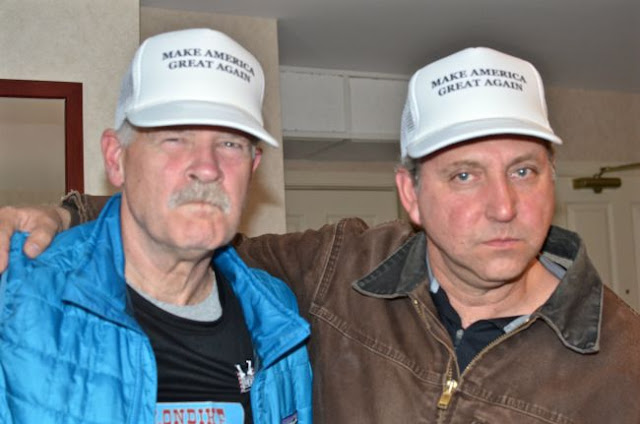 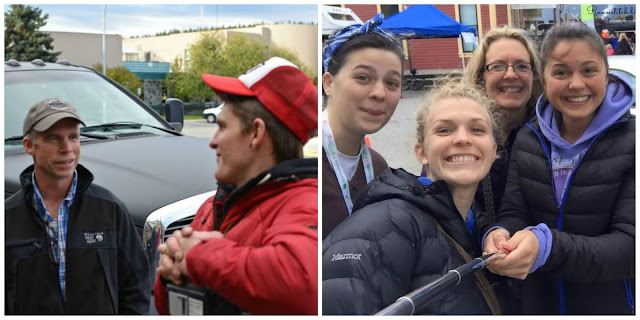 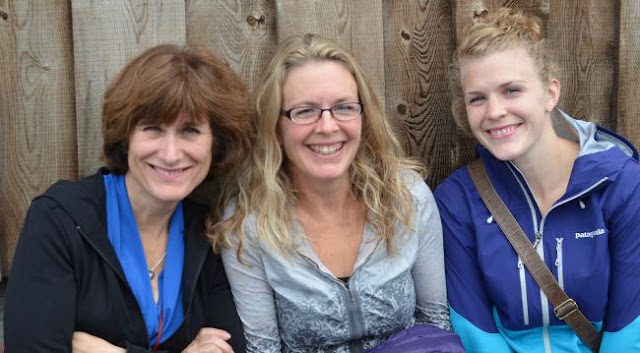 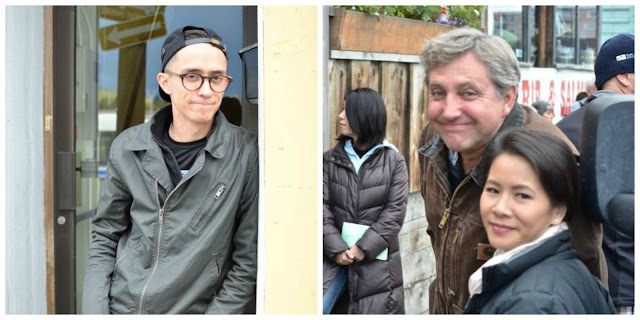 6.  The race ends in a big park, where you pick up your Klondike Road Runner Relay T-shirt and have team pictures taken. 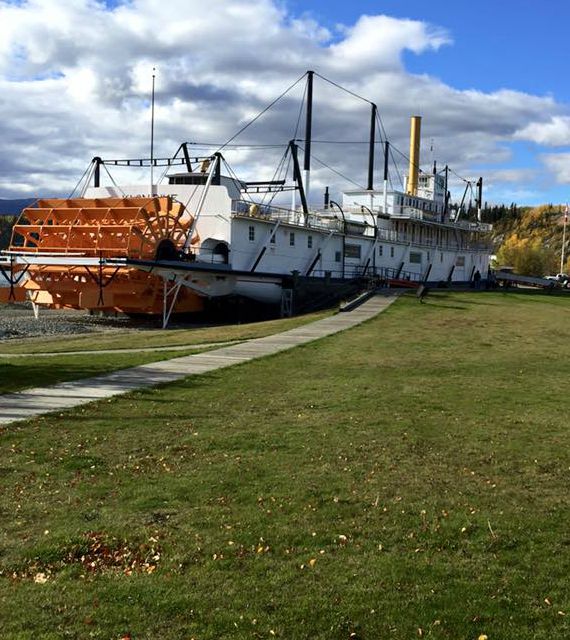 Michael finishing his 20th leg-the 'glory leg' for sure! 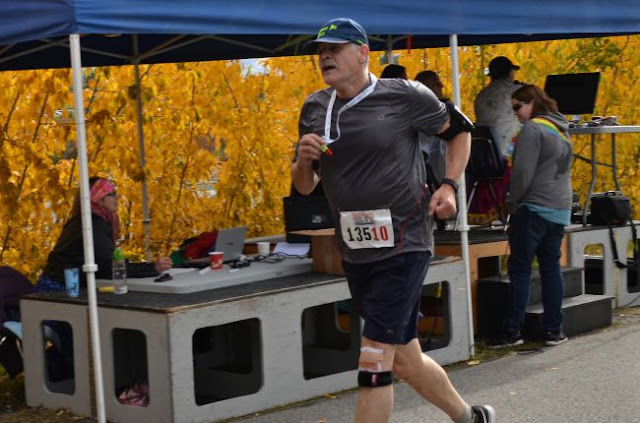 7.  There is always a kick ass party at the end of the race.
The real reason for this race is to get your friends, new and old, to Whitehorse for a fun, fun Saturday night.  Our team begins the night with a little post-race debrief.  This year Michael ran his 20th Klondike, every leg 2 times. We helped him celebrate this momentous occasion with gallons of love and affection but only teaspoons of the energy we'd had to celebrated his finish of the first 10 legs.


Scott created a magnificent plaque for Michael out of a piece of the Haines gym floor and pins from all legs of race.  In addition, he composed a lovely poem to commemorate Michaels many years of hard work and continued service. 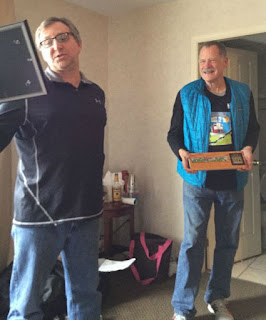 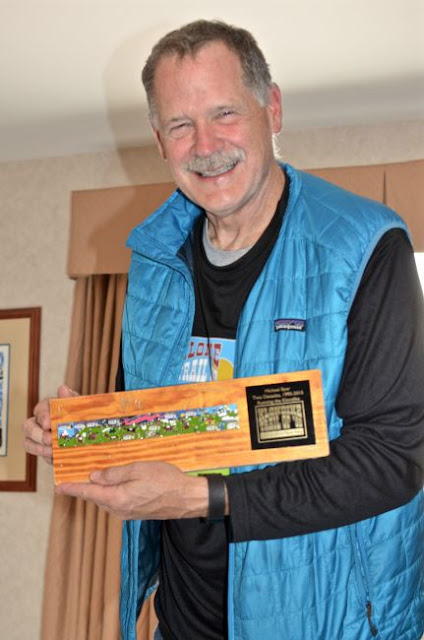 After the team debrief, we break bread together at a Whitehorse restaurant.  Many people end the evening at the race sponsored dance where a live band plays and you can purchase beer and wine to ease the aches and pains from your run.  Many master runners say goodbye to their younger counterparts at this point and hit the hay.

Beasts of Southeast on their way to post-race dinner 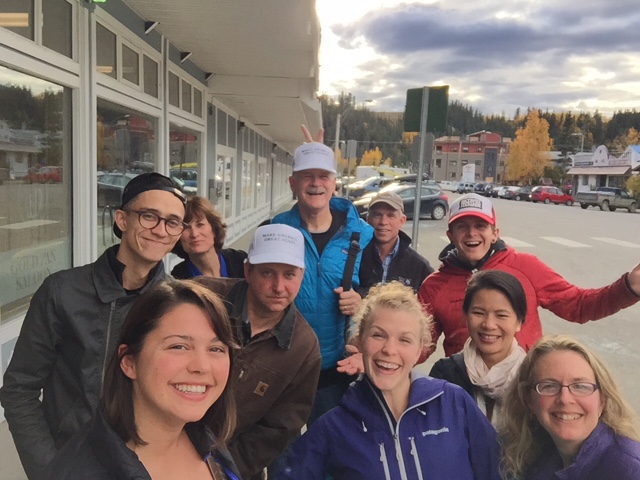 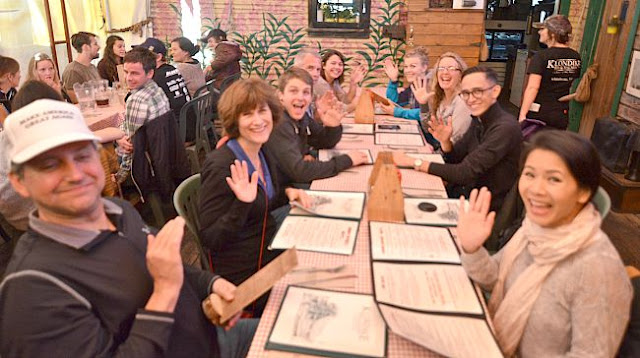 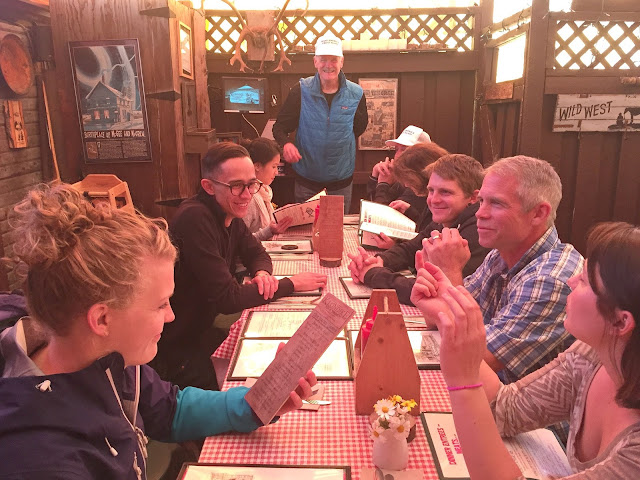 8.  Scenery!
The road that connects Skagway to Whitehorse has some of the loveliest views on the planet.  The yellows and reds of the trees show starkly against the gray rocks and dark evergreens.  The lakes and rivers are spectacular. 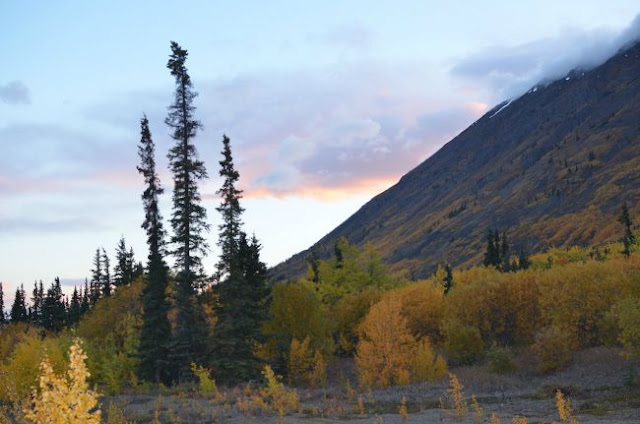 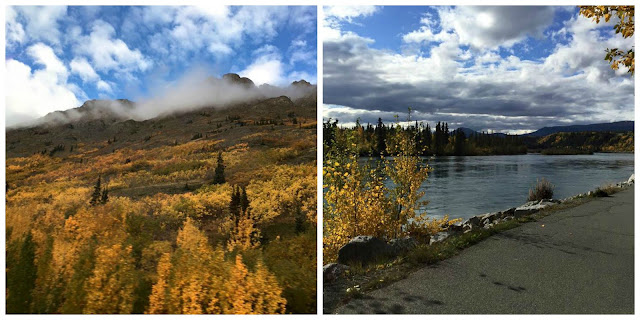 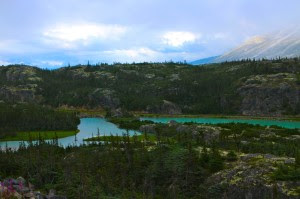 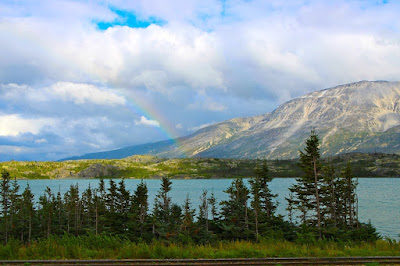